After 6 months of hard work I am delighted to share some great news with you – Daminion 5.0 has been released!

The new Web Client covers up to 50% of Daminion Desktop Client’s most frequently used functionality and enables ongoing and smooth workflow for PC, Mac, Smartphone and Tablet users, and includes the following features: 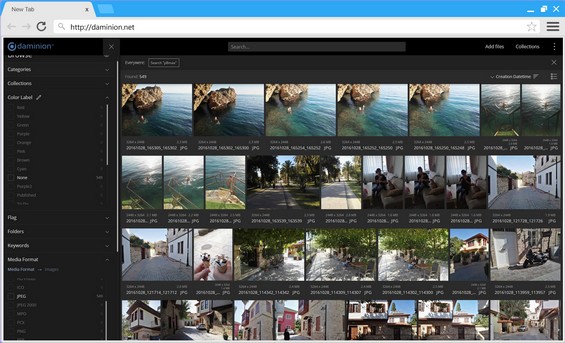 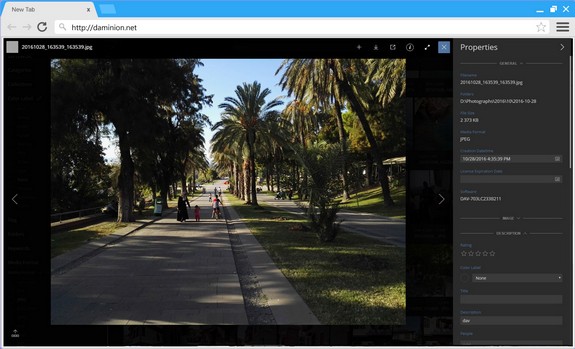 Great addition for IT Admins. You no longer need to register AD Users in Daminion Server one at a time, nor do you have to track their consistency. Just specify which AD group should be mapped to which Daminion Role. Learn more about Daminion Security Modes.

Files can now be imported into Daminion without using Daminion desktop or web-clients: via FTP, by copying files to a network folder or by sharing images on your smartphone using Dropbox or Google Drive. In the latter case you will need to set a Dropbox/Google Drive folder as an Auto-Import Folder in Daminion Server. Once done, all new files in this folder will be automatically uploaded to your Daminion Server.

4. Import to a selected folder

This small but time-saving feature allows you to upload new files directly to a folder selected in the Tags Tree of your Daminion Client. Learn more about Importing to a Selected Folder.

Previewing images in Web-Client and Desktop Client can now be blazingly fast.
Medium-res JPEG previews significantly speed up the process. Before being previewed for the first time, an image takes a moment to renderer; however, all subsequent viewings are instant. The load on your server PC will be drastically reduced so that even more users than before can connect to Daminion Server with no effect on performance

6. See how well your catalog is organized

Files without metadata tags can be very hard to find. A new report, accessible via Catalog > Analyze, helps you to identify how well your catalog is organized and to keep an eye on important factors that may impact on the effectiveness of team members who frequently search for files in your media library.

8. User roles on a per-catalog basis

User Roles can be varied for different catalogs. One user can be assigned the role of Editor for one catalog and the role of Guest for another. Learn more about user roles on a per-catalog basis.

Get $2250 of Daminion's premium features absolutely free, as well as an in-house trial, by just booking a demo here. Daminion expert will arrange that for you.

Co-founder and CEO of Daminion Software. I like traveling, cycling and when my colleagues smile at the office )